'It was an open-air extravaganza. The Lithuanian city of Kaunas marked the start of its programme as European Capital of Culture2022 with ceremony and fanfare.
The main attraction was a spectacular light show with video projections - a kind of visual time travel through the history of Kaunas which wants to re-invent itself as a capital of culture.'

Scroll down for the full article

The Lithuanian city of Kaunas marked the start of its programme as European Capital of Culture 2022 on Saturday, with the performance 'The Confusion', the first part of the Contemporary Myth of Kaunas Trilogy.

A fusion of contemporary music, giant video projections, and poetry told the story of the city as a living, constantly renewing miracle. More than 300 musicians, dancers, and poets participated in bringing the show to life just outside the Zalgirio Arena.

The gigantic glass façade of the arena was used to create one of the biggest projection screens ever in Europe and into which singers, the orchestra, and poets were magically incorporated.

The show's music was written by the internationally renowned Lithuanian composer Antanas Jasenka and performed by the Lithuanian National Symphony Orchestra and Vilnius Choir.

The aim of this event, unique and ambitious in idea and scope, was to involve everyone and anyone in the city's creative uprising and use inspiration to build a new post-pandemic future.

This year, three European cities take the mantle of European Capital of Culture. Alongside Kaunas, there is Esch-sur-Alzette (Luxembourg), and Novi Sad (Serbia).

"The Mythical Beast of Kaunas" is a project designed to create a unifying narrative for the city. It takes the forms of a trilogy comprised of the Confusion (January 19–23), the Confluence (May 20–22), and the Contract (November 25–27). The three main events are co-created by artists from Lithuania and abroad.

Around 40,000 spectators attended the event, despite freezing temperatures. 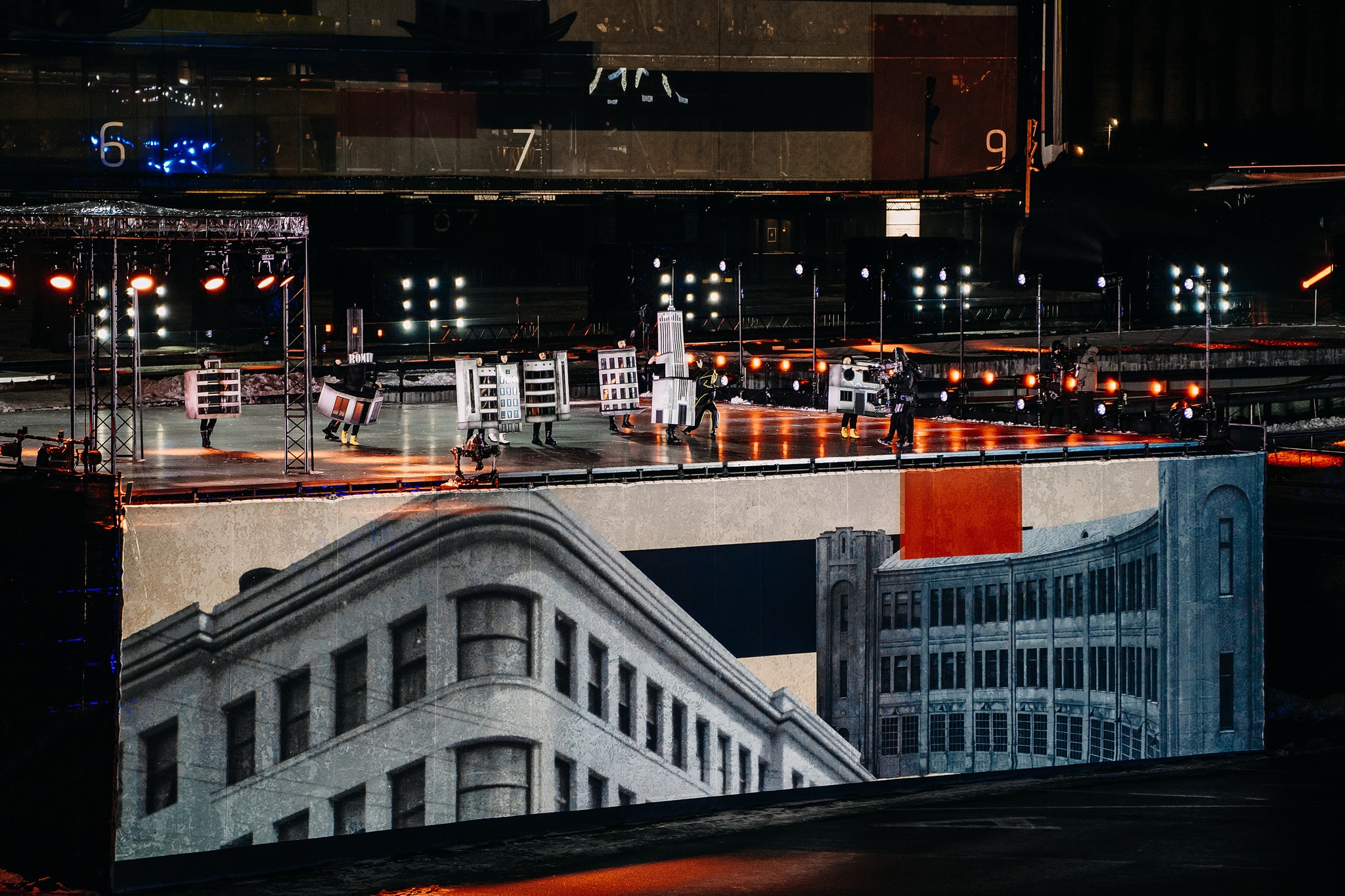 "In Lithuania, we have a saying: 'Kaunas is Kaunas'. Today I want to say it a bit differently. Kaunas is culture, Lithuania's, and Europe's culture," said Lithuania's president Gitanas Nausėda.

Dozens of festivals, exhibitions, events, and concerts will take place in Kaunas over the next twelve months, as the city was designated European Capital of Culture 2022 by the Commission of the European Union for the period of one calendar year in light of its exceptional cultural heritage.